The Cordwood has six LEDs. Six is one of my favourite numbers .. like the number of strings on a standard guitar. Here’s a quick build that uses an electret pre-amp and a simple Arduino script to provide a pretty stable and accurate indication of which root note is playing. Notes and sources here. 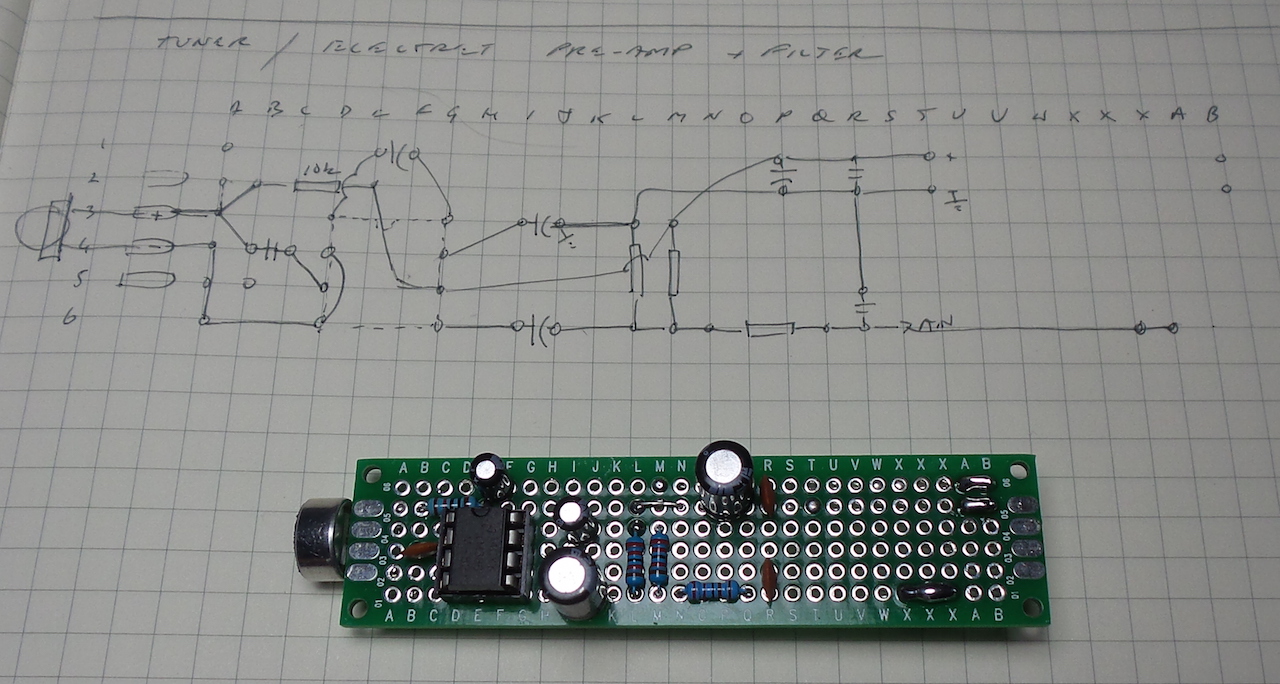 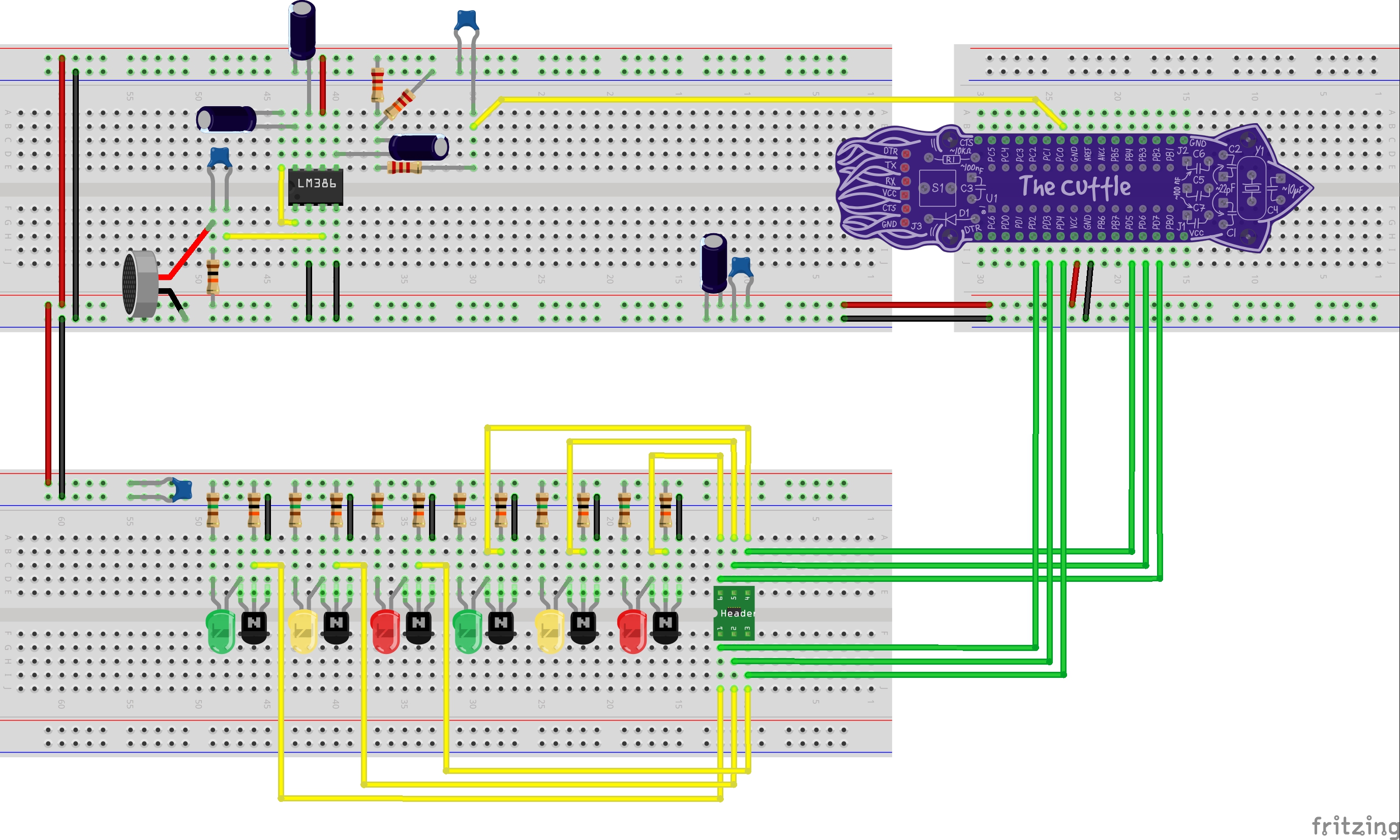 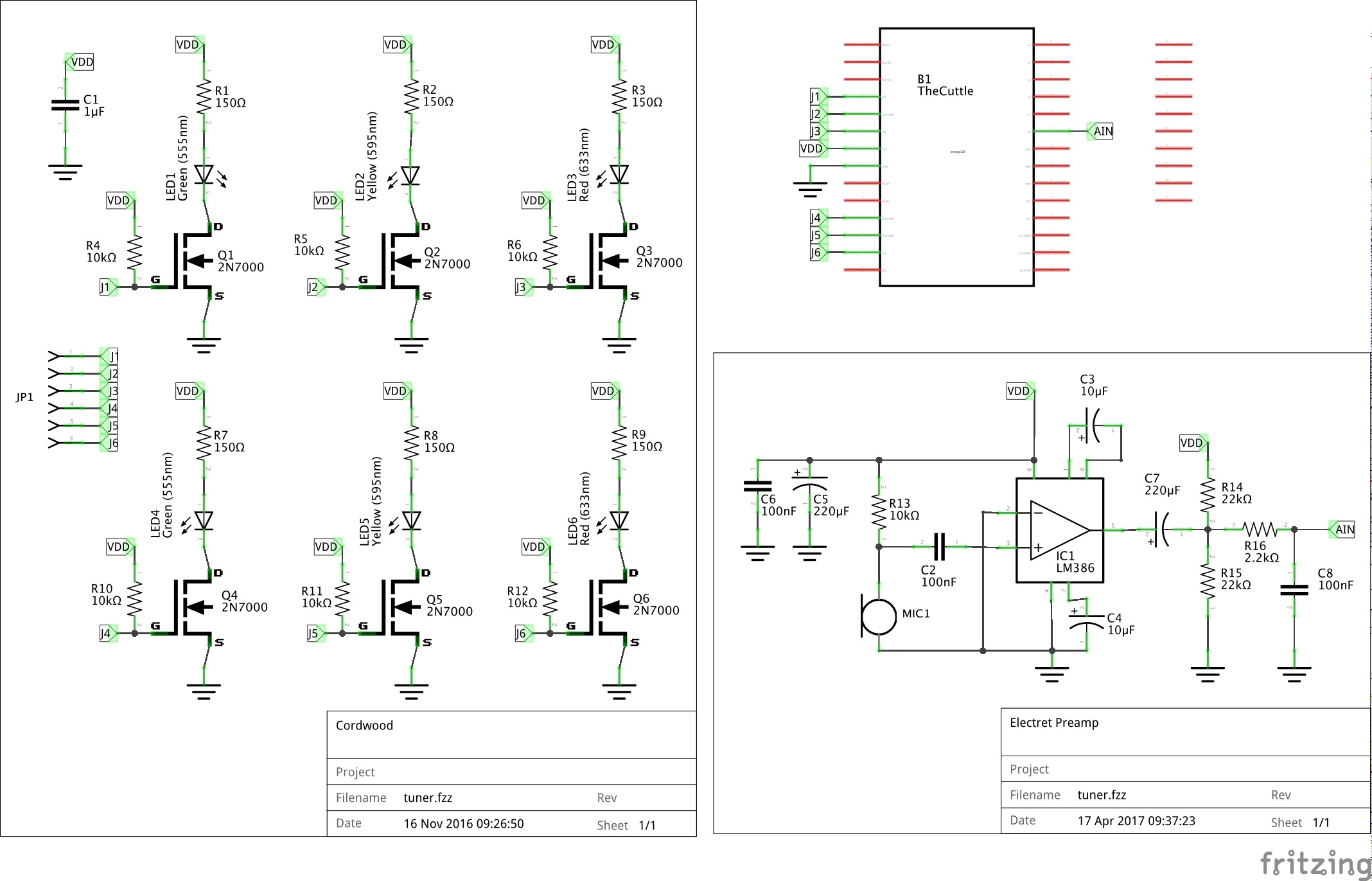